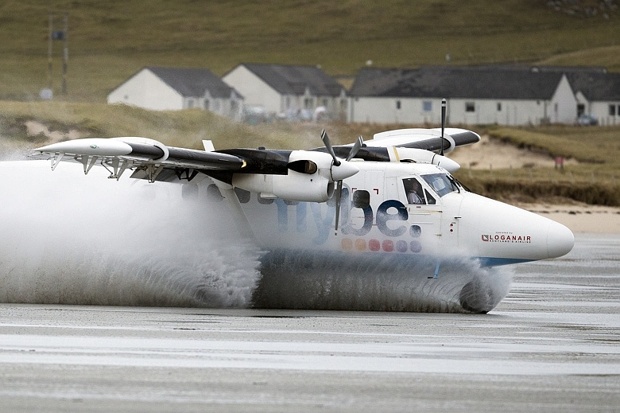 An airline has agreed to take on new engineering staff after pilots raised concerns that planes were “unserviceable” and employees at their “lowest ebb”.

The British Airline Pilots Association (Balpa) called for Loganair to make major improvements to its repairs department in a letter sent last week.

Balpa claimed that safety had been compromised because engineers had struggled to maintain planes that serve islands including Lewis, Benbecula and Barra under its Flybe franchise.

In response, Stewart Adams, the chief executive of Loganair, said that the company was losing experienced engineers through retirement but was dealing with the situation by taking on an additional ten engineers.

The union’s two-page letter outlined major concerns that pilots have about Loganair’s engineering department, which it said had contributed to the troubled airline delivering an “appalling” service to passengers. It described morale as being “at the lowest ebb ever witnessed by many employees”.

Balpa also questioned the effectiveness of measures put in place since Loganair acknowledged its poor performance, which has seen one in four flights delayed by 15 minutes or more this year.

The concerns were echoed by Alistair Carmichael, the Orkney and Shetland MP, who has written to the Civil Aviation Authority urging it to review Loganair’s safety capabilities. He said he would attempt to raise the matter in the House of Commons today.

Mr Carmichael said: “This year we have seen two incidents requiring unscheduled landings, including a diversion to Aberdeen on a flight from Sumburgh after the engine shut down.”

Mr Adams explained that the issues in the engineering department had been caused by “a number of experienced employees leaving or retiring and having to be replaced”.

Training replacements to work with the “very specialised aircraft” on Loganair routes “takes time, but we are now well into this process”, with ten engineers incorporated into its maintenance team after completing a Saab course. An apprentice scheme is also to be initiated “aimed at future-proofing us against the worldwide shortage of aviation engineers”.

Balpa later said that it was “encouraged” by Loganair’s quick response and that both sides had agreed face-to-face meetings to discuss the pilots’ concerns.