The UK needs over one million new engineers and technicians, says Royal Academy of Engineering, they also state that women account for less than 10 per cent of the sector’s workforce. What’s shocking as well is that over 7%* of university students do not complete their degrees, quitting after the first year.

According to a report in the Independent, 20% of university students did not return to university to carry on studying after the Christmas break, many stating that feeling home sick, not enjoying their course and not feeling like they had chosen the right university or course was why they were leaving. My Voucher Codes, conducted the study, they surveyed 1,204 university students in the UK to find out if they were planning on continuing with their course after the Christmas break. Responses showed 73% were confident they would be going back, 20% said they would not be and 7% were undecided.

Those who were planning on leaving their course, or those who were unsure were asked what the reason for leaving or potentially leaving was. The most popular reasons given are as follows: 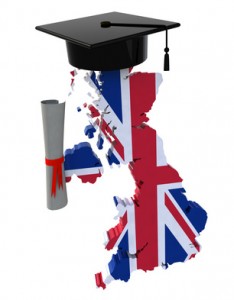 It seems that higher education in the UK is in trouble, we are not getting school leavers into the right courses, to further the needs of the country whether it’s in engineering, medical sector or other skilled professions. In addition a report in the Telegraph stated that Britain’s brightest leaving in brain drain and replaced with low skilled migrants. They stated that a one in ten of the UKs brightest and best workers have been lured away from the UK jobs market for lucrative positions abroad. And then these workers have been instead been replaced by low skilled migrants. So not only are we struggling to keep our young in higher education, those already graduated are moving away.

Applied to engineering though, Eddie Coxon of Schneider Electric says:” The current shortfall of engineering graduates in the UK is a serious issue. But the intertwining of engineering and technology making it an exciting time to be an engineer.”

According to Modern Building Services, “Giants like Google, Apple and Facebook battle it out for the best software engineers and developers — offering lifestyle and office perks as well as strong financial incentives. Meanwhile, smaller players often struggle to match the rewards of these giants, and we are constantly reminded that there are simply not enough graduates with the requisite skills to quench the demand.”

If this trend continues, what will become of the UK’s engineering sector?